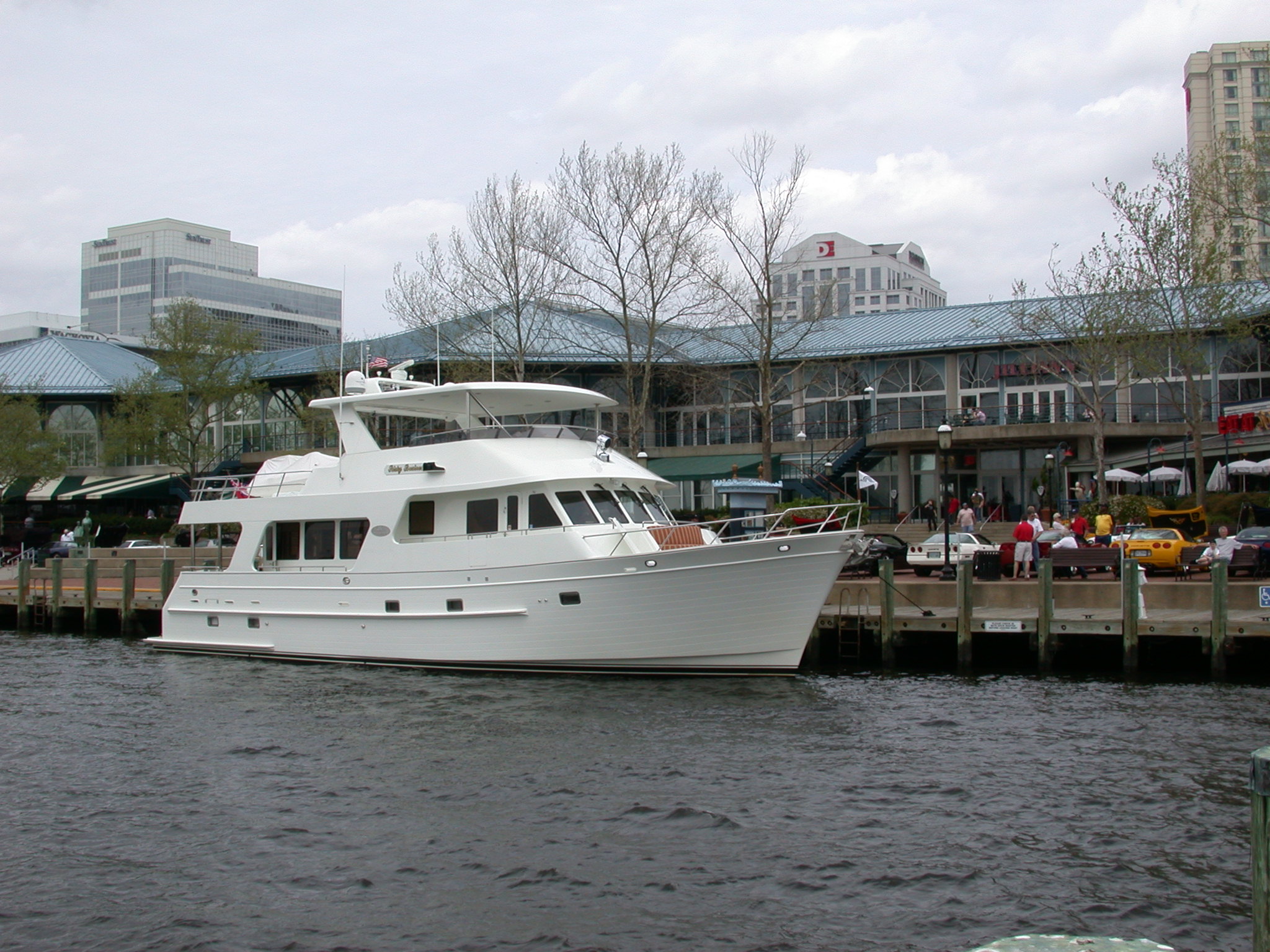 On May 24, we were taking RISKY BUSINESS back to Ft. Lauderdale across from Gun Cay. For the first 47 miles the seas were as forecasted, 2'-4' plus rollers before the stream, and 4'-6' in the stream, with the wind out of the SSE at 10-12 knots. We noticed a storm moving slowly north from Miami on the Sirius weather screen, but were not concerned about it, because the colors were almost completely greens with only a hint of yellow, no oranges or reds. We had experienced several days of light rain and moderate wind in the green colored areas over the previous week.

When we got about 12nm out, the wind shifted more to the SE and the waves began to increase. Sirius still did not show severe storm conditions. We were close to exiting the stream, and we attributed the higher waves to that, because the current often is faster close to the western side. The waves were coming astern, so we altered course and adjusted cruise speed to minimize the rolling action anticipating we would soon be in calmer water out of the stream. We were wrong! Very quickly the waves increased to 8'. We turned into the wind and for the next hour and twenty minutes we were bow into 12' seas with waves every 8-10 seconds. Periodically, we experienced back-to-back 12 footers, with a deeper trough behind the second wave. Water came thru the anchor pockets and over the bow. It was difficult to hold the heading in the face of these waves.

Finally, we got to the edge of the storm where the waves subsided to 6'-8' and were more widely spaced. As they settled to 6', we were able to turn back to a heading for the Ft. Lauderdale outer buoy. It took another hour and twenty minutes to get inside the jetties, with 6-footers and an occasional 8-footer all the way in. We were very glad to have the engine power we needed to enable us to throttle up when necessary, to minimize the effect of the wave action and to hold course.

Through this episode, the only damage RISKY BUSINESS experienced was to a wing door on the starboard side. At one point, we took water over the starboard rail that slammed that door shut and the weight of the water bowed the door and split open the fiberglass jacket. We went through the engine room and the below decks areas, and the only other evidence we found of the rigors of this storm was a few broken snap ties that were easily replaced. All equipment and systems appeared to be functioning normally.

Again, thank you to Outer Reef Yachts for building such a seaworthy boat! We never expected to test it in such difficult seas, but it is comforting to know that it can take that and more if need be.