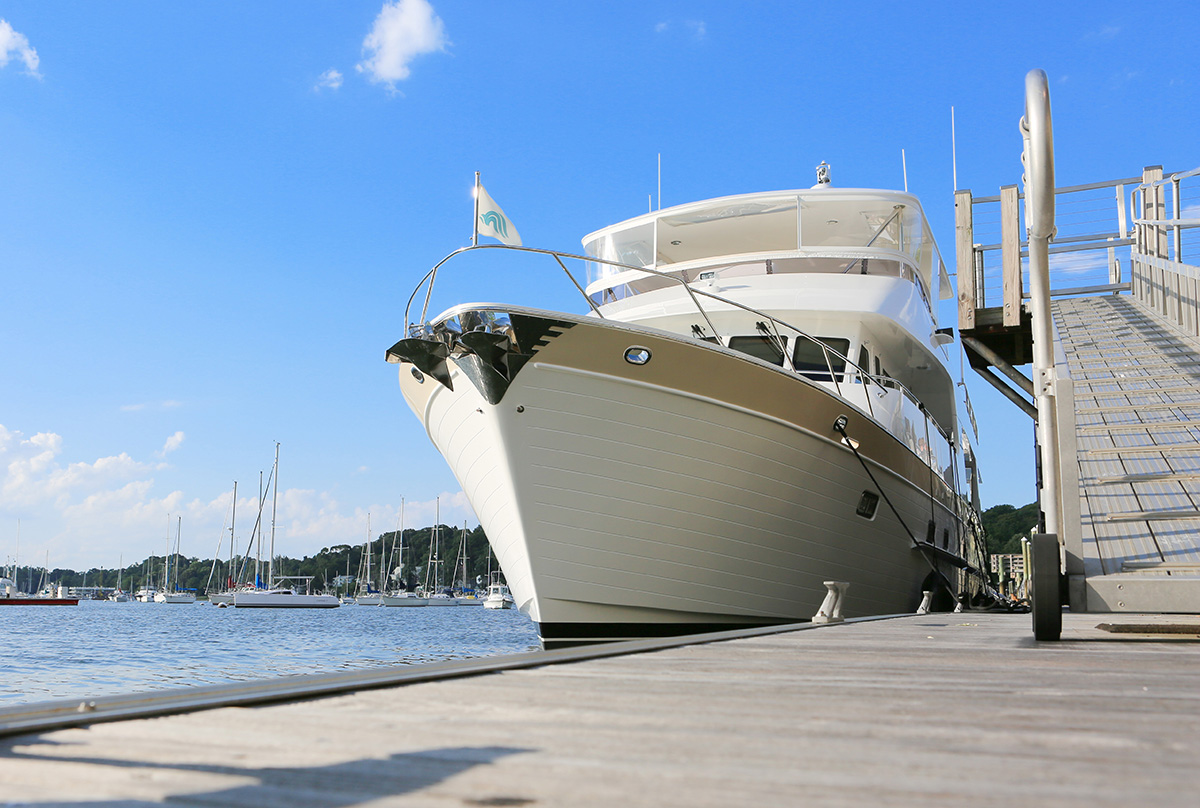 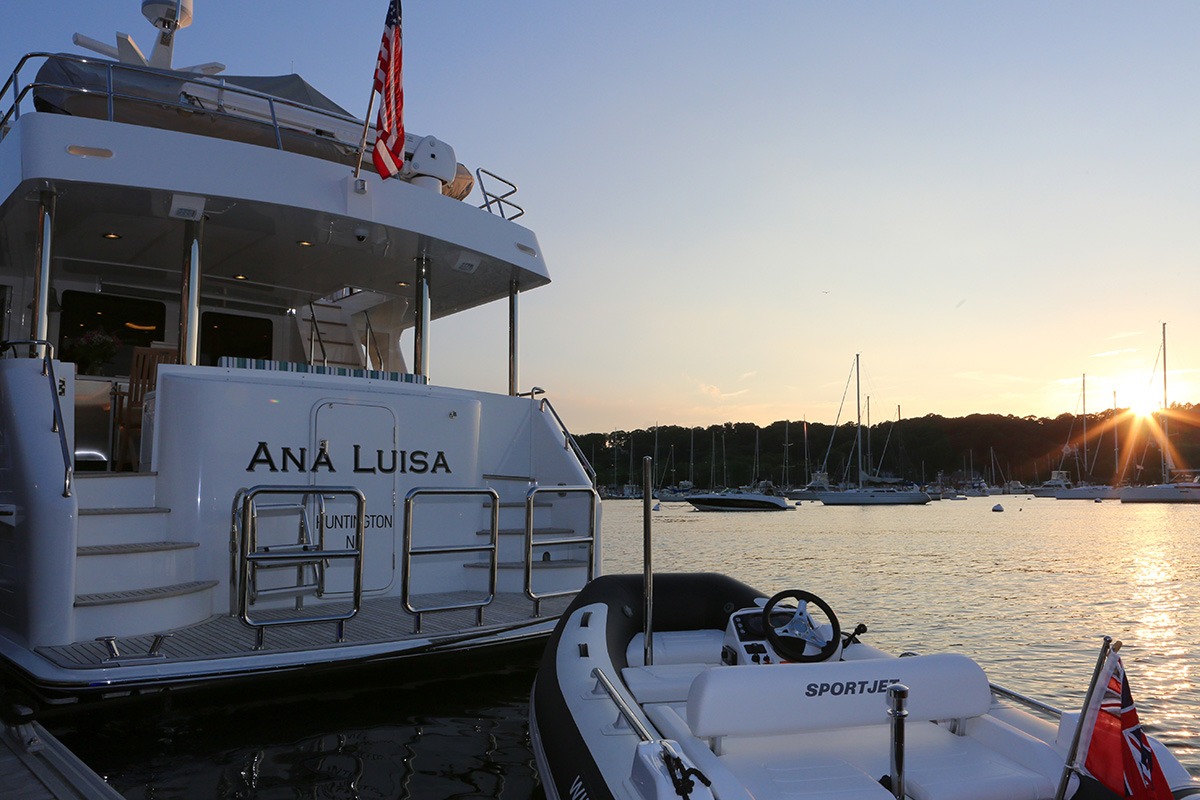 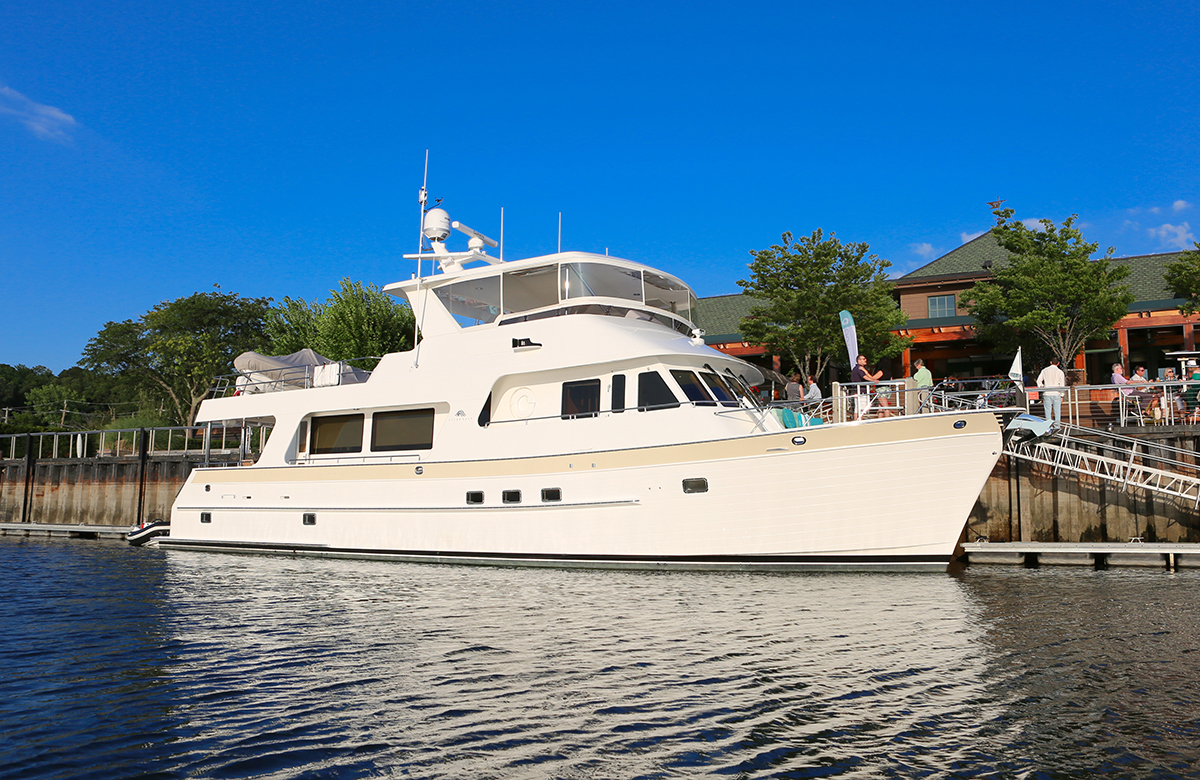 I just completed delivery of a new Outer Reef 700 from Huntington Long Island, NY to Fort Lauderdale, FL. This was 210th career delivery from New York to Florida. Highlights are as follows:

This trip was estimated to take 12 days with two crew. Assisting me was Mike Sekiya from Gallup NM. Mike and I served on USCGC Mellon in Hawaii in the mid-1970s. This was his forth delivery with me. The vessel was received full of fuel with $2,000 advanced for estimated operational expenses.

We departed Huntington timing the flood at Hell's Gate on the East River and had a nice squirt into New York Harbor. This turned into an ebb tide and we got a nice push out and around Sandy Hook. Passing under the Verrazano Bridge we came up a NYFD fire boat. Turns out it was the NY Marathon running across the bridge. It was quite the display. Continuing down the Jersey coast, we made Cape May late in the evening.

The next morning we were greeted with Gale Warnings. This negated an offshore run to Norfolk but with winds forecast out of northeast, I elected to run up Delaware Bay to the C&D Canal. Running up the eastern flats, we never saw more than 3 feet on the starboard quarter. Once pushed thru the canal, we made good time to the top of the Chesapeake Bay and continued to Annapolis arriving at 10 PM. One side note: On those moonless night passages, nothing gives you more piece of mind that a good radar and a night-vision camera. FLIR should be standard issue on every yacht!

With the mandatory offshore component behind us, The trip down the Chesapeake Bay to Norfolk and beyond was pretty effortless. A couple of short-cuts down the NC coast to Masonboro Inlet and Winyah River, with "one foot on the beach, allowed us to make up the time lost on the Delaware and Chesapeake Bays.

We spend 8 nights at marinas and 4 nights on the hook. The Outer Reef 700 performed admirably. With seven Outer Reef deliveries under my keel, I have had the good fortune to deliver three Outer Reefs this year alone.

The Outer Reef 700, like the other ORY models, is a well found long range yacht. Huge wide walk-around decks and high freeboard makes this a joy to operate and piece of mind that my crew are safe on deck. The 700 rides extremely well at anchor. On this particular voyage, we consumed a total of 1,978 gallons on 2,200 gallons capacity leaving 222 gallons in reserve; which equates to 27.75 hours. At 8 GPH, that's an addition 249.5 miles.

After dockage, tips to dockhands and crew travel, we arrived in Fort Lauderdale with $11.78 left over from the $2,000 advance.

All in all, it was a great trip on a wonderful vessel. I am looking for my next Outer Reef adventure.

The rest of the trip, after Georgia, was pretty straight forward (pun intended). It's really great to have a 70 foot yacht with 5 foot draught under my feet. It makes the Intra-Coastal Waterway an excellent alternative to the dash and bash in more-than-marginal weather.