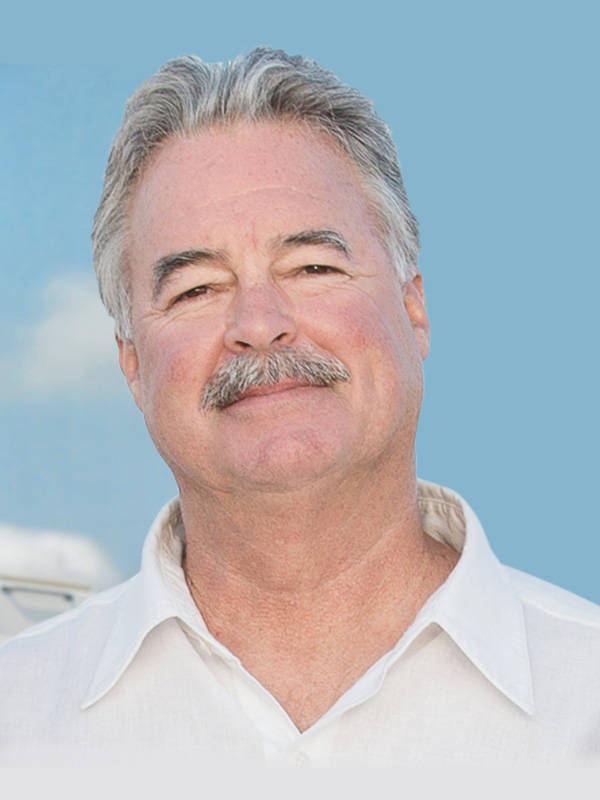 Randy's experience in yachting began at age 4 with his grandfather out on "MISS ELEANOR". Growing up in the coastal town of Beaufort, North Carolina, his childhood was spent exploring the outer banks with family and friends. After college he began in yachting with Duke University on board their research vessel "EASTWARD", traveling the Caribbean and South and Central Americas. This led to many deliveries on all types on boats, both sail and power, in all kinds of weather.

In 1984, Randy received his captain's license. He has logged four transatlantic voyages, with travel to Bermuda, Azores and Mediterranean. He has worked in the marine industry, running yachts of all shapes and sizes.

In 1997, after the birth of his second son Zack, Randy had to drop his anchor and stop traveling. He started Seadog Yacht Management, a company which specializes in taking care of yachts from 35' - 80'.

Randy has worked with every boat yard in Fort Lauderdale and has experience with every type of yacht on the market. He has been working with Walter at Outer Reef Yachts for the past 6 years, as a subcontractor dealing with the offloading and commissioning of Outer Reefs. When Walter decided to move into a semi-retirement, Randy was a perfect fit for the Outer Reef program.

Randy lives in Fort Lauderdale with his wife Sandy and son Zack. His other son Chad is living in Morehead City, North Carolina with his wife Ginny, son Ben and daughter Ellie.