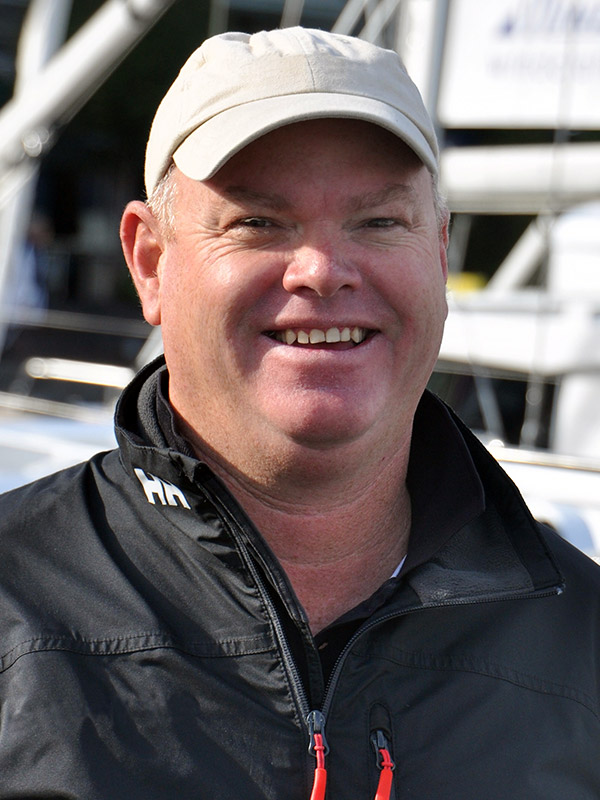 For Peter Hrones, founder of eyachts, the powerboat division of the Windcraft Group, passion is the driving force behind running a successful boat sales business in Australia and New Zealand, and doing right by his customers is the #1 priority.

Throughout his teens, Peter became an accomplished sailor, racing MJs and Flying 11s. Thereafter, he moved onto Etchels in the late 80's sailing out of RPAYC in Newport. Every weekend was a sailing weekend - Peter found himself touring Australia extensively, and competing very successfully.

Peter cut his teeth as a yacht broker in Palm Beach, New South Wales, Australia, in the late 80's for 5 years. He then traveled to Europe, and this was an eye opening experience in terms of the yachting industry. It was clear to Peter that during the 1990's, Australia lagged behind Europe in yacht design and building. More competition was needed and it seemed European imports could provide the answer. Peter became a man on a mission and started Windcraft Australia Pty Ltd in 1998.

Today, Peter and his team at Windcraft Group are the largest importer of new yachts into Australia and New Zealand. Windcraft Group is one of the most diverse boating companies in the Southern Hemisphere today, covering a range of boats from sailboats, sports powerboats, motor yachts and power and sail multihulls from some of the most well-known and fastest growing manufacturers in the world.

One of Peter's most memorable industry achievements has been the raffling of two yachts for charity and raising just under $500,000 on both projects for sailors with disabilities and a local children's hospice.

Peter's motto is "You must enjoy every day you go to work. Every day is different and participating in adventures, such as competing in last year's Sydney to Hobart Yacht race with many of my team members, makes it all worthwhile!"