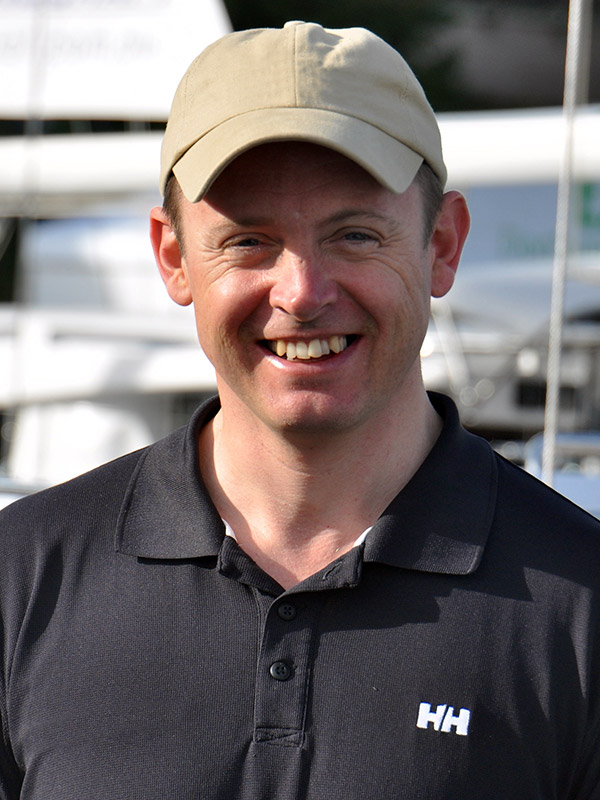 Dominic Lowe began his sailing career at the tender age of 5. He had no choice as he was surrounded by boat enthused family and friends!

So the seed was sown and the draw of the ocean would constantly be there.

There aren't many ways to get out on the water that he hasn't tried, owning various vessels over the years. These included wakeboards, surfboards, kayaks and yachts.

He owned his own boat at age 21 - a marine ply old style bilge keeler.

After hours of dedication, blood, sweat and tears it was up to speed and became the first of many boats he subsequently bought and sold.

Dominic began his career in sales at age 19. At 21 he united his passion for the ocean, his wealth of boating knowledge and his natural ease with people into a career in the marine industry with his first position at a brokerage.

He spent a few years cutting his teeth in the industry before adventure called and Dom became an offshore navigator on a seismic research vessel. He rotated 6-8 weeks at sea and on land in various locations around the globe.

After a couple of years offshore with travel in between, he returned to his passion for boat sales and support. With many years of experience and multiple global boat shows under his belt, Dom was offered his dream job by Peter Hrones. He jumped at the opportunity to join the team and manage New Zealand's Windcraft office.

In Dom's words, "There is nothing like representing a product that you genuinely believe in and that you are genuinely proud of. Put this together with one of the most beautiful and pristine marine playgrounds in the world and you have a stellar combination."